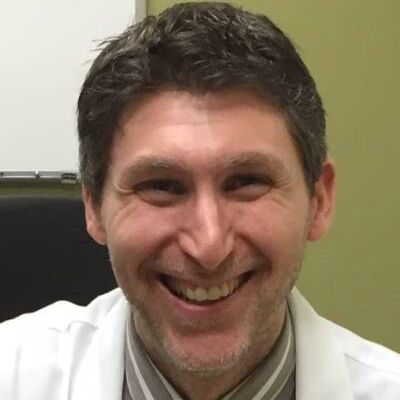 Dr. Domenico Santoro is an Assistant Professor in Dermatology at the College of Veterinary Medicine at the University of Florida. Dr. Santoro graduated with a DVM degree from the University of Naples “Federico II” in 2001. After a few years in private practice, he completed his Research Doctorate (DrSc) in Veterinary Internal Medicine (with Dermatology as a Major) at the same University, focusing on atopic dermatitis and cutaneous lymphoma in dogs. In 2007, he completed an Internship in Veterinary Dermatology at North Carolina State University. From 2007 to 2010, he undertook a combined Master’s/Residency in Veterinary Dermatology at the University of Illinois, Urbana-Champaign (UIUC). In 2010, Dr. Santoro became a Diplomate of both the European and American Colleges of Veterinary Dermatology (ECVD and ACVD), remaining at UIUC as a Visiting Clinical Instructor while working on his PhD in Veterinary Clinical Sciences (with Immunology as a Major), for which laboratory work was completed in 2013. During his MS, residency and PhD, Dr. Santoro’s research interest was host-microbe interactions occurring in canine atopic dermatitis, with a focus on the evaluation of cutaneous host defense peptides. Dr. Santoro was the first to quantify, at both molecular and protein levels, the expression of such peptides in the skin of healthy and atopic dogs. The following year, Dr. Santoro moved to the College of Veterinary Medicine at the University of Florida as a Post-Doctoral Associate in Comparative Dermatology. Dr. Santoro’s interest in host-microbe interactions led him to undertake Board examinations and achieve the status of Diplomate of the American College of Veterinary Microbiologists (ACVM; Bacteriology/Mycology; Immunology) in 2017. He is the only Board-certified veterinary dermatologist also holding certification from the ACVM. He is one of three principal investigators leading the Comparative Dermatology Laboratory at the University of Florida. As part of his research, Dr. Santoro is involved in the comparative aspects of atopic dermatitis and skin defenses in dogs and humans, espousing a One Health approach. He is a founding member of the International Committee on Allergic Diseases in Animals (ICADA), an active society focused on the advancement of knowledge in allergic diseases in animals. Dr. Santoro’s research interests include the cutaneous immune response in dogs with leishmaniasis. Alongside his research activities, Dr. Santoro serves as a clinical dermatologist at the Veterinary Hospital of the University of Florida.